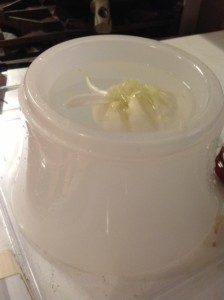 NOTE:  We regret not being able to display pictures of our gorgeous French fries and onion rings. They disappeared without a trace! :)) 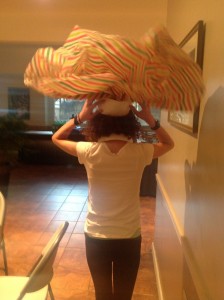 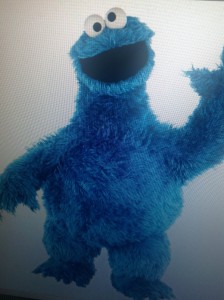 “If you’re dumb enough to bake with gluten-free,

For yummy treats to serve beneath your tree,

You’ll find that warm hands smush and melt the dough

Leaving you with a mess and nowhere else to go!

But C stands for Cookie and that’s enough for me!

Use any kind of flour you like, especially gluten-free

Because C stands for Cookie, and that’s enough for me!”

HELLO!! I want you to write on the ALC cooking blog! Start by answering some questions:

Thanks!  See you in two weeks!

On Friday, October 2nd, @thewitchqueen908 and @serenagermany slaved away at the stove, while @kingthanos and @panda joked around and played word games that involved human body parts and other stuff we don’t usually say in polite company. (Yes! Those words!) Even so, by the end of class, the group had turned out a spectacular bowl of spaghetti and meatballs. How did they do it?

Our kitchen alumna, @thewitchqueen908, plunged her hands into grass-fed ground beef. With enthusiastic help from n00bie @serenagermany, the gals added bread crumbs and egg, and shaped the mixture into perfect little globes of meatballness, ready for frying.

Meanwhile, our resident wordsmith, @kingthanos, sliced garlic and proved, once again, that GOBS of it are the key to any recipe’s success. Chatty @panda, a cook n00bie, volunteered for onion-chopping. The job had him in tears and the rest of us in hysterics. He even tried wearing @nhoopee’s horn-rimmed specs for protection, but the fumes were stronger than plastic. The waterworks–and the laughs–continued.

As a cauldon of water boiled on the stove, the kids took turns browning meatballs and stirring the bubbling organic tomato sauce. After 20 minutes, @kingthanos pronounced the pasta “al dente enough”! Lunch was served and proclaimed “totally awesome” by all.

But @nhoopee, acting all bossy and teacher-ish, had the last word(s). “Here’s a challenge: From now on, in the kitchen,” she decreed, “any and all X-rated words must be at least five syllables.”

Who will be first to pick up a dictionary or thesaurus? Stay tuned!

This Friday @nhoopee made her glorious return for cooking class!  We decided to make an (easy, tried, and true) old favorite- pizza. @kingthanos, @heartabby, and @failspy joined @nhoopee and @ryanschollenberger to throw the dough and (hu)man the ovens for traditional and gluten-free (you missed out, @tomis =) versions of the classic Italian-American treat.

Great start to the year! The ALC whiz kids are tough AND talented. Nobody fainted–despite two preheated ovens blasting at 500 degrees–and @kingthanos and @failspy, our pizza veterans, serenaded us with “When the moon in the sky is a big pizza pie, it’s amore”! Newbie @heartabby ate his handmade pizza in a couple of bites and shouted, “Not bad, not good, I LOVE it!”

No official taste test this time, but @nhoopee gave a thumbs up to traditional, and a choking sound to the gluten-free. Tough luck, @tomis, we challenge you to show us why soy flour and no yeast = pizza.

P.S. @Panda didn’t get a chance to punch dough this time, but we look forward to seeing him in October.  Btw, we caught a glimpse of @timotree today, and hope to see @thewitchqueen908, @douglasawesome and @alfiealfie at their earliest convenience!  Oh, and a big shout out to @ryanshollenberger for keeping us mostly well-behaved..and for his world-class clean-up!